While spring is often awards show season, what are you doing for your haunt actor awards this year?

Just like most industries have their own awards shows, the Haunted Attraction industry has their own set of shows. Some of these rely on voting from your peers, and others rely on others reviewing your haunt, and others accept submissions where a
panel of judges vote on the awards – but what do you do for your own haunt actors every year?

When we surveyed visitors to the Haunter’s Toolbox facebook page, we asked what people do for their haunt actors on a yearly basis. the most common was a year end party, with different awards to their actors. Different haunts have different award categories, and have different styles of awards that they give out.

Many haunts also reward their actors through the year for various feats – whether it is being a nightly crowd favorite, making the most customers pee themselves, or even just showing up for every show – these often include nightly food or weekly rewards.

At Scareit Badges, we’ve come up with a way for all of these. Our selection of Merit Badges have been designed to award your haunt actors for their individual skills as well as being the best at their craft for the whole season. In addition, we’ve created a 5-year service stripe based on the military’s service stripes that show years of service.

Actor of the Year 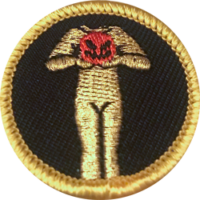 Awarded to the Actor of the Year in your attraction. If you have different attractions, or categories such as Veteran or Rookie actors, award one to each category. 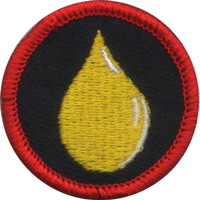 Awarded to the top 3 actors who make the most customers pee themselves. Make it a competition so that everyone works harder to make people pee!

Who are the scariest actors in your attraction? Let them know! If you have different attractions, or categories, award one to each category. 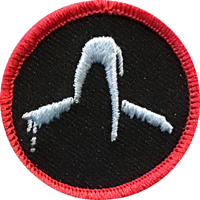 Some actors and characters might be scary, but others send a shiver down your spine by being outright creepy. Show them who is the creepiest of all. If you have different attractions, or categories such as Veteran or Rookie actors, award one to each category. 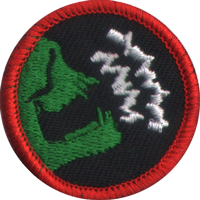 While some of your characters might be silent, others shine for their voice talents – whether that is a whisper, a yell, a special voice or a full-on storyteller! Let them know they’re not just another pretty face, for it’s their vocals that are the star. 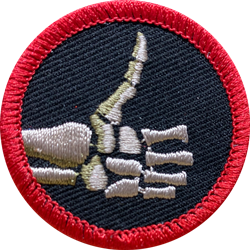 Some characters are crowd favorites, and it shows. Let them know – whether it is decided by the patrons, the other actors or the management team is up to you, because every haunt is different. 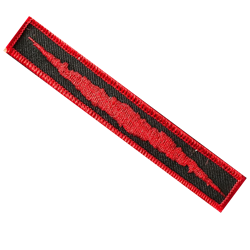 Awarded to actors, management, and support staff who have worked at your attraction for 5 years. Award another one for every 5 years of service. Then line them up like tiger stripes, claw marks, or however you desire to show your longevity!

What are Scareit Badges? Recognition and Retention of your team!