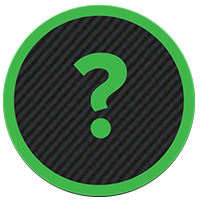 There are two frequent things we hear from actors at haunts – they want recognition for their work, and they want to meet other haunt actors. We also hear from the haunted attraction owners they are looking for better retention of their actors. Scareit Badges will fill these two needs.

Whether you are an actor, behind the scenes, management, makeup, costumes or propmaster, most of us want to be recognized for our achievements, especially if we stand out from the crowd with our special talents, abilities and skill sets. Even if you are a new actor and have the perseverance to stick to haunting for every night of your show, you should be recognized – it’s a skill that not all of us can handle because haunting is tough!

Many of us have experienced recognition through Boy Scouts, Girls Scouts, Cadets or Military service. Others know of earning achievements within video games. Whether it is a medallion for bravery, merit badges for learning a specific skill set, trophies at an event, people strive to earn the respect and stand out from the crowd.

One of the problems that we frequently hear from owners is how much trouble they have keeping actors for the whole season. We get it, we have been in both the acting side and the management side of haunts. We think we’ve found something that will help.

For the 2017 season, Deadmonton Haunted House was open for 26 nights. We encouraged our actors to work every night, but some could not, and others didn’t want to. At the end of the season we have a wrap-up party where we handed out awards. In addition to the trophies and gift cards we handed out Scareit Badges of three types. First of all, any of the actors who received an award, and the runners up, received a Crowd Favorite badge. Then, anyone who worked 75% of the nights we were open received a Most Dead-icated badge with a red border. Anyone who had perfect attendance received the same badge with a golden border.

Many of the actors that didn’t make the 75% attendance told us they want one of the badges, and several of the actors with the red-bordered badge are going to try to get the perfect attendance version in next year’s haunt. And everyone who received a badge is wearing it with pride on their sleeve, their jacket or even their bags – and other people are asking what they are. Even off season your actors are walking billboards for your haunt.

Once the Haunted Attraction industry has been tackled with the funding of our Kickstarter campaign, we want to look at horror fans that may want a way to wear their likes and achievements on their sleeve. Maybe you’ve binge watched 5 movies of a franchise, have an affinity for slasher and paranormal films, own several movie props, and has been to several Horror Conventions